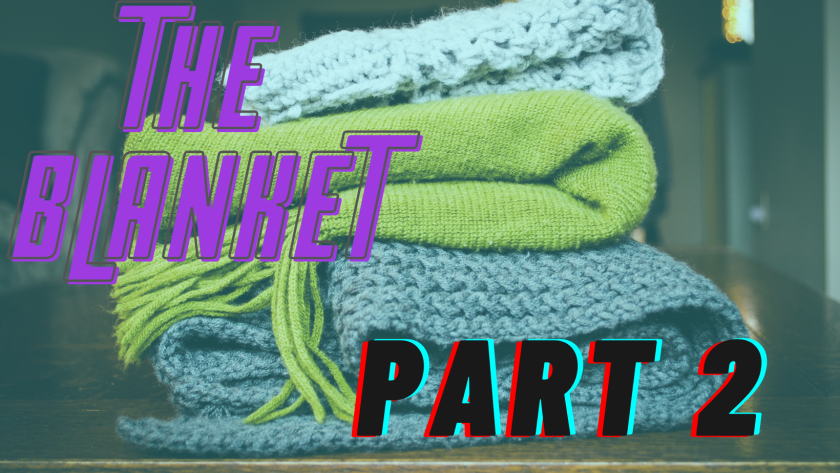 Yup, I got the inspiration to add to the story. So, without further ado…

Casey lit the stove and put on the kettle. She opened a cupboard and took a packet of tea from one of the containers.

“I could set you on fire, you know.” She held up the clicker and ignited it.

“Many have tried.” The voice had not gained intensity.

She felt a tingling on her spine and stood stiff a stiffening of her muscles as it made its way up her back to her neck. She jumped when the tingling turned into what could only be fingers a firm grip on her neck which were squeezing and was making her wince in pain.

Tires squealed outside as Robert pulled onto the curve and jumped out of his car. He rushed through the door and took his daughter’s hand. Immediately, the grip was gone and had left behind finger and palm marks.

Robert hugged her, “I know, Spunky. I know. We need to get out of here right now. There is a lot we need to talk about.”

There was a blood-curdling roar as Robert took Casey out of the house.

“Stay in the car. I will get a few things. There is someone that I need to introduce you to.”

Casey’s eyes got big, “You mean the nanna you never talk about? Your mom?”

Robert nodded, “Yup, but that’s only the start.”

Casey furrowed her brow and raised one side of her mouth, “What do you mean?”

“And horror movies I love?”

He put his right forefinger on her lips, “Shhh. I will be right back and will explain everything on the trip to your nana’s house. You can’t stay here tonight.”

Robert re-entered the house and headed to his room. The thing in the attic had filled the home with negative energy and a sense of danger. Robert could feel the entity trying to grab him and the grip slipping. He looked up into the attic.

“You never could fight the males, could you?”

Robert continued to his armoire and started taking things out he thought would help. He made his way back to the car where Casey was staring in horror at the house. He followed her eye line to the attic. It was filling with a dark mist that was getting darker by the second.

“Don’t look, honey. I know you want to, but you need to look at something else.”

Casey looked at her dad, “What is that thing in the attic?”

“A mistake and the main reason we’re going to my mom’s house.”

“I just need you to listen, Spunky. This is important.”

Robert packed the trunk and belted himself into the driver’s seat. As he turned the key he looked down the road, “It all started on an island called Roanoke over 440 years ago.”

The family needed to do something to withstand the blustering winter in Virginia. No matter what they attempted, the houses they cobbled together didn’t seem to keep out the chill. The children were huddled in front of the hearth reluctant to go to their beds.

There were not enough bed warmers for all of them.

The women of the house gathered in a meeting room just outside of the main house to discuss any options they may have missed. After running down the list and discovering they have exhausted all the options, unease filled the room.

Estelle raised her hand, “I have an idea.”

Eliza shook her head and sighed, “We’ve already said that there were not enough bed warmers. Why do you keep bringing that up?”

“No, it’s not that.” She stood and walked over to the bookshelf and retrieved a book bound in stitched leather with black lettering.

The rest of the women looked in horror, “Estelle! Why would you-“

Estelle’s gaze turned into a hard glare which bore burned holes through the other women‘s skulls, “This is a winter the likes of which we have not experienced. We have prayed to God for relief and tried everything we could to keep out the cold. Nothing has worked. Maybe there is something in here that will.”

Eliza stood shaking her head, “Look, I miss England as well, and we have never had a winter like this, but this is no reason to cast away our faith and turn to something dark.”

Estelle shook the book at Eliza, “Then why is it amongst the books on the shelf? Why did it come here from England? Why was it not burned?”

A frosty gust of wind blew through the room as a large figure entered and shut the door behind him, “It’s because we were not always Christian. We hid our true selves to not be punished, Estelle.”

Estelle gasped, “We were… Devil worshipers?”

“Witches, Estelle, we are witches. However, the book you are holding was written by a warlock of the family who was cast out long ago. It came with us as a reminder of why we were hunted.”

Estelle clung to the book, “Could whatever is in here to help us?”

Ben sighed, “Yes, but at a cost, Estelle. You must be sure-“

“BENJAMIN!,” Eliza threw her hands in the air, “You can’t be serious! What is in that book could kill us all! I can’t believe we are having this conversation at the moment!”

“Or kill a few and save the rest, Eliza. It’s time we stop fumbling and do something to save the children who will not go to bed for fear of freezing to death.”

Eliza stood and pulled her coat off a hook on the wall and jammed her arms through it. She glared at Benjamin as she fastened it, “I will have no part in this. This is not who we are. We do not summon darkness. We fight it.” She slung the door open and fought to slam it shut on her way out.

Estelle looked confused, “What does she mean about summoning darkness?”

Ben sat in the now-vacant chair, “This book contains instructions on how to summon dark beings, demons if you will. There is one in here that can help us protect the children, but it will come at the cost of the matrons of the family until it is either contained or vanquished. That is the price.”

The rest of the women there were murmuring, muttering, shaking their heads, and some were even agreeing with Ben. The room was split.

Ben paced, “I know this is not what we anticipated, being in this room and talking about summing a demon to help us through the winter, but I see no other way to survive and make sure the children make it through the season to the spring frigid winter. We must protect the children, but I am not the one to make the final decision. Since it will be a matron to lose their life, it must a woman to make the decision. I will carry out what you wish, but the decision must be made before the next dark moon in four days.”